We are at the bus station waiting for our bus to Cuzco.  It will take 21 hours and apparently electricity and WiFi is a crapshoot…maybe, maybe not.  Some buses do have it.

When I saw this sign in the bathroom of our hotel yesterday, all I could think was:  wouldn’t it be better for the oceans not to put the unfiltered sewage of a city of close to ten million in the ocean in the first place?

Phil and I got bananas to eat yesterday…she got the common or garden variety.  When I opened mine all I immediately thought orange you glad you chose this kind? 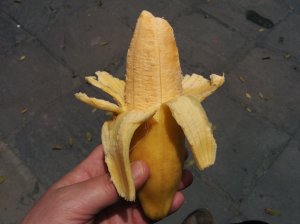 I have got some of my taxi questions answered by the cabbie we had this morning, who had lived in the states for several years.  The cabs run on natural gas with canisters in the trunk. This costs a fraction of what gasoline would. 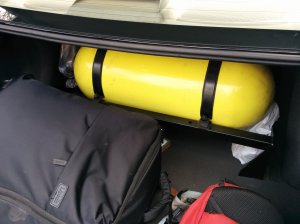 They have a local version of uber here that you can get as an app for your smartphone apparently.

I have become fascinated by the electricity here.  It is like in India where the code seems completely nonexistent.

Up and around, resting on a roof…anything goes

As Alan used to say when the kids were little… 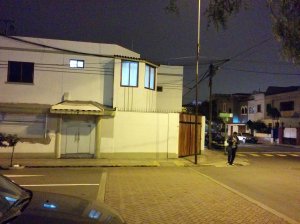