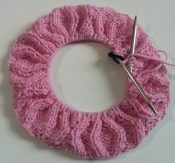 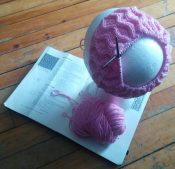 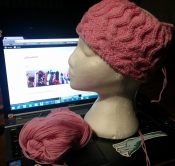 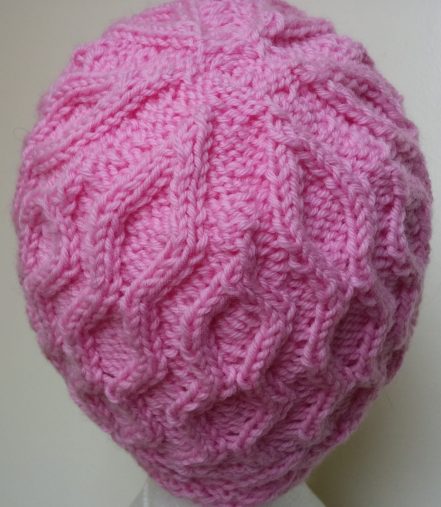 done
I seem to be making hats the same shape since I went back to the Cables chapter. For this one, I cast on 120 and did one 12 row repeat of the Double Zigzag, pg 266, then decided to continue for a second repeat. Not really thrilled by this, but not willing to give up on that much work, I picked up from the cast on edge all 120 stitches again and did two repeats of Crossed Cable, pg 206 and cast back off. 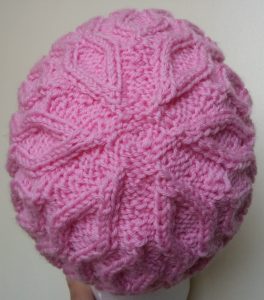 I then went back to the top and finished it off by mostly decreasing 12 stitches on every other row, 2 stitches per 20 row repeat. 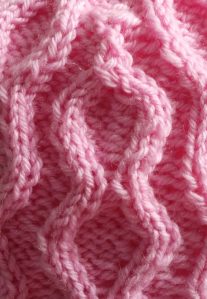 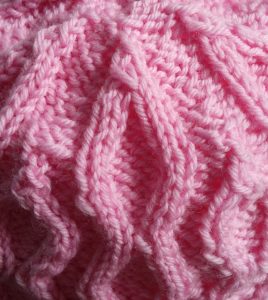 I decreased the other cable like the first one by simultaneously crossing and decreasing the top of the cable, then doing a slip 1 k1, psso. Next decrease was a p3tog above the cable I had finished first. After I plain round I then just did continuous purl two togethers until I had six stitches left and pulled the end through.

3 thoughts on “Another cable-y hat, Barbara”